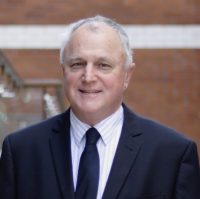 Extensive experience in franchising law and licensing since 1980, acted for many overseas companies expanding their businesses into New Zealand, acted for New Zealand franchisors in exporting their businesses overseas, advice on intellectual property matters.  Involved in dispute resolution, particularly mediation, and has acted as counsel at a mediation.  Stewart has spoken on franchising at universities throughout New Zealand and at conferences in New Zealand, Australia and the USA.

Stewart is a very experienced mediator and belongs to AMINZ.  He has been a mediator and counsel for both franchisors and franchisees.  Stewart strongly believes in mediation as a method for resolving disputes between parties and although he resides in Auckland he can service New Zealand wide.